You are reading this book because you want a change in your life that is solid and lasting. You’ve already achieved a certain level of success in your workplace, but still you feel that you were made for greater things. However, with this desire for change comes challenge and obstacles. The question you are facing now is a new one. How can you elevate yourself to the position you desire?

What if I told you that by reading this book and applying its core principles, you could remove all of your transition-related frustrations and fears? That you could be a great leader at all levels who shares a vision, has a passion and is accountable.

Believe it or not, you already have everything you need to make the change as a leaver to a leader. At the core of the 7 steps you will find the 3 LOS (Leader’s Operating System) that will enable you to accomplish all of the above, just as those I interviewed have been doing for years.

Through life experience, I have developed a practical but thorough method to help strengthen you from a leaver to a leader.

The world has changed, in the last ten years we have seen a shift in the work place. We see checkouts at the shops being automated, we have cars ready to be driverless, we have cashiers being replaced by machines, we have TV on demand and online accounting software. Five years ago the world was in a different place. The digital transformation is shaping our way of lives from banking to retail, to entertainment, to food services. Virtually every company in every industry is shifting how they engage with customers and the markets. Perhaps the three major disruptors that we can all relate to would be Uber, Airbnb and Deliveroo. Then, along came Google Chrome, and several incredible products and services have been invented. A major player in the computer world is the iPad which was launched in January 2010 – just eight years ago! Airbnb was founded in 2007 and took off after the 2008 recession for people to easily find and book inexpensive places to stay. The music industry was revolutionised by Spotify which was launched in 2008 in Stockholm, Sweden. Oculus VR started in June 2012 in California. Now, we have the Oculus Go headset. If you are an Instagram fan, Instagram itself was launched in October 2010, with now a billion users. GPS on smartphones became commercialised in 2008/2009 (although it has been used by the military since 1978).  The digital age brings quick and continual change. When you think about it, no transition that has occurred in the history has been driven by human wishes. Change did not happen because people suddenly got fed up with their way of life and wanted a different one, simply because they found it amusing to do so.

It took one thousand years for the Agricultural Revolution to come to the surface. The change from an agricultural society to an industrial society based on manufacturing and chemical power was much faster. The digital age is driven by artificial intelligence and therefore it is likely to be happening more rapidly. It is just at its infancy and if you fail to perceive the great changes happening around us, it is because you do not desire to see that the future of a leader beyond 2020 is at risk if you are not prepared properly.

In this book, we look at the far-reaching impact of the digital revolution and help you to look at the jobs which are at risk in the next 5-10 years. We can already see the collapse of the welfare state or NHS and the capacity for gig employers to supply regular jobs on demand. The typical work is now disrupted everywhere and even the military are using technology to reduce human casualties caused by sending troops on the ground.

The military is the foremost organisations created to enable you to reinvent yourself from the day you are enlisted and frame yourself in such a way where settling down is a matter of a few weeks or months. Right from the outset, you are part of a system which is continuously changing. From your basic training, you are in the reinvention mode to change your thinking from a civilian to a military mindset. Prior to joining your basic training, you go through a selection process and decide where you best fit and find your future trade. Basic training makes you a military person, helps find your strengths and team ability, and gets you ready to face the front line. Advanced training is more about perfecting your skills and focusing on being what is called a “functional” person. Some of these skills can take a long time to develop, but by the end of it you will be a fully trained soldier while also being very functional. You then become part of a team, an organisation where everyone has been through the same process as you, but still in the same shift system as they continue to develop themselves to the highest level. In the end you have become a military person with a functional role ready for front line action, also ready to do your day-to-day job.

The economic responsibility is shifting into the hands of leaders who are completely responsible for their own destiny. The leaders will become entrepreneurial – like a private consultant, a private contractor – and in complete control of his or her finances.

The 7 LOS explores all the social and financial consequences of this rapid digital revolution and helps leaders to take advantage of the opportunity of this new age by reinventing themselves and avoiding being destroyed by the impact.

During this process, should you be fully committed to reinventing yourself into a different role, then the option is open and a system is in place to allow this transition. By the time you have completed your service, you are once again placed into a system to reinvent yourself in the civilian world. For the baby boomers, taking the shift has more or less been easy as they resettle into a civilian world. After all, they are the generation who have been pushing the economy from day one. However, for the echo boomers, also known as Generation X  (those born from 1965 to 1979 and who joined the work force in the late 90s and who are now in their 40s) the experience is not going to be the same. We are now in a digital age of the (IOT) Internet of Things[1] and the future beyond 2020 has already changed. However, I have no doubt that the military personnel are the ones who will strive and become the leaders, should they realise the mountain of value that they already are standing on, and become the leaders they are trained to be. This is possible due to their ongoing development and shift mindset and anyone can learn those skills. However, it is becoming more and more challenging to do so, even for the military personnel. Those who get complacent and fail to develop and align for the future will struggle.

While I was in active service in the British Armed Forces, I reinvented myself twice like many of my peers who perhaps had the opportunity to reskill themselves, but I carried on using the same system to continuously reinvent myself now in my business life. So, if you are a business leader and reading this book, your industry is also changing every two years. Inside the 7 steps, I have highlighted the key points learned from the military that can further your business life by adapting to change and reinventing your business.

These digital platforms are mostly global and until we have a global regulation, no national or local government is able to control them. The way you interact with your clients and generate leads has also changed. But, most importantly, once you realise the change and take steps to reinvent yourself, your business will change with you.

Earlier, I mentioned the unrivalled skills we get from the military. Front line soldiers have a day-to-day functional role, but I have discovered that this system is also applicable to anyone in the civilian world who is looking to become a leader in the digital age. In order to succeed, you need to have unrivalled skills: skills to listen, learn, liven up others, lead opportunity, lead yourself, lead others and finally lead an organisation.

As I write this book, I am in the process of reinventing myself and my business for the fifth  time. I was once told by an OC (Officer in Command), “You are smart but you still have a very strong French accent and to be an officer, you need to work on that.” I did just that but also went further by becoming a linguist for the British Armed Forces liaising with the French military. Perhaps he didn’t see the value that he contributed to my success. LOS is a timeless, practical, universal set of principles that have been in use by people from very different parts of the world. I have been through the LOS system from the early age of 22. This is not management theory, LOS is working every day.

The seven key components to reinvent yourself go right to the roots of the most important aspects of your life, the Leader’s Operating System (LOS),  and strengthen them. LOS is a method – even a way of life – that will help you crystallise your vision and achieve what you want..

I will cover the importance of the acronym, S.E.R.V.E in Chapter 7 and how it is by only putting others first, whether it is work colleagues or your organisation, you can better lead them.

It is quite normal to worry and be uncomfortable, but I am constantly reminded of “the importance of getting comfortable being uncomfortable” as you will find out with my personal experiences in both the British military and as an entrepreneur in business.

The principles and methods outlined in the 3 LOS (Leader’s Operating System) have been designed to help anyone military and specially non-military who are looking to reinvent themselves using the military way.  We will look at some of the reports and industries where employment automation is at high risk, medium and low risk and how they will undoubtedly affect you as a leader.

[1]https://en.wikipedia.org/wiki/Internet_of_things The Internet of Things (IoT) is the network of devices, vehicles, and home appliances that contain electronics, software, actuators, and connectivity which allows these things to connect, interact and exchange data.

Why read this book? 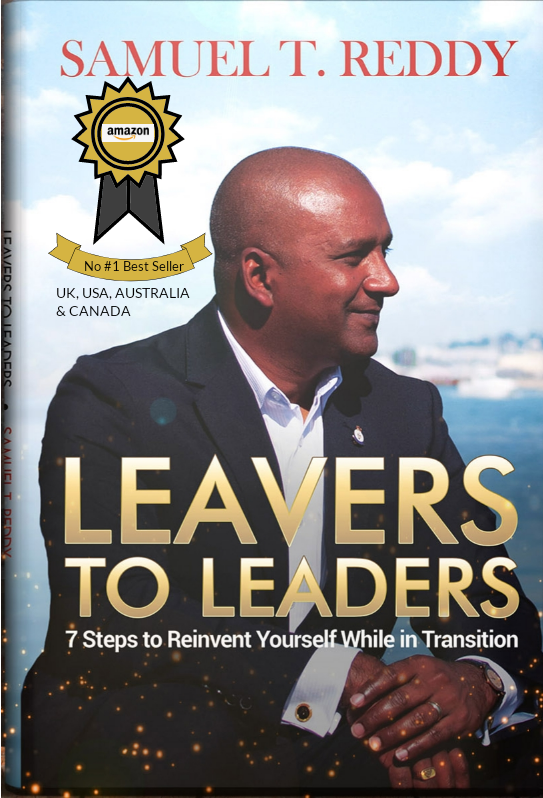 Leading Onself is the #1 challenge of most leaders whether you are in the military, high end CEO or 7 figures entrepreneurs.

Leading others is still the hardest part of the job. People make or break an organisation. What type of people you want to have is one of the greatest challenges. As leaders, hiring good people can also be the most difficult aspect of our jobs. However, good hiring decisions can also yield the most rewards. When looking to hire folks for your team, it is important to not only consider a candidate`s skillset and past experience, but also what they can bring to the team in IQ and emotional intelligence.

As we saw in the previous chapter, the quality of organisational leadership depends on the values and character of the leader. At the top of your organisation you set the rules for others to follow. In this age of automation and digital innovation, you need a team using a selfless approach in order to survive. 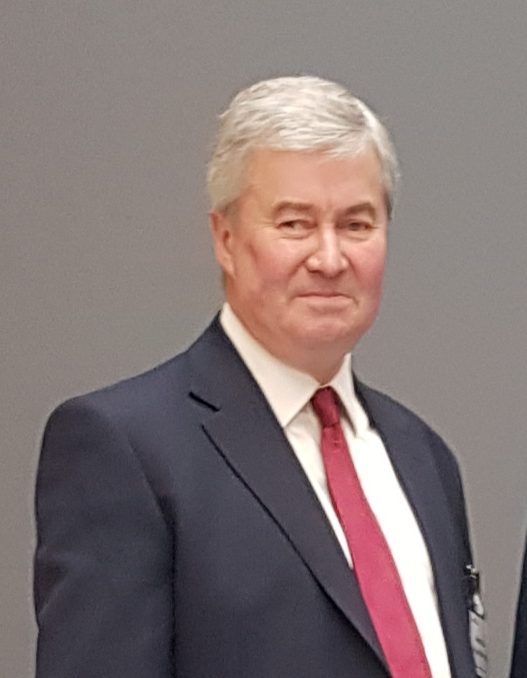 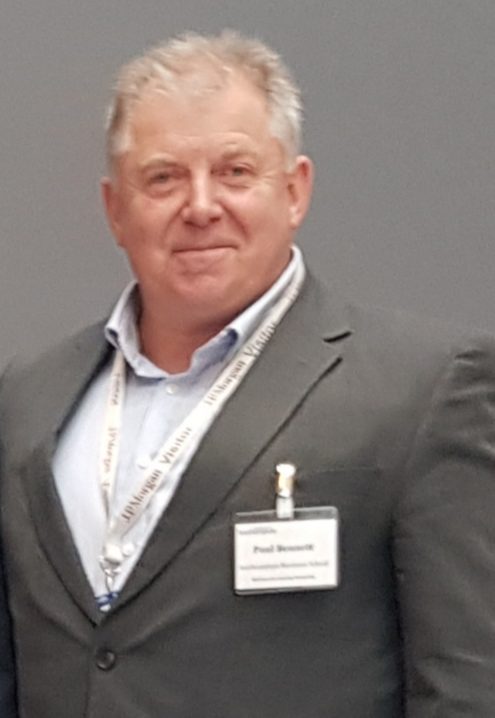 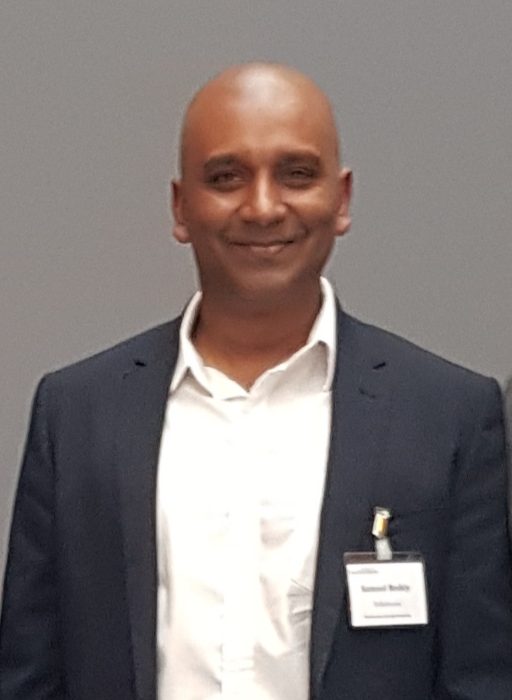 The BookLeavers To Leaders
closepopup